Lives, Habitats & Pictures of the Shorebirds 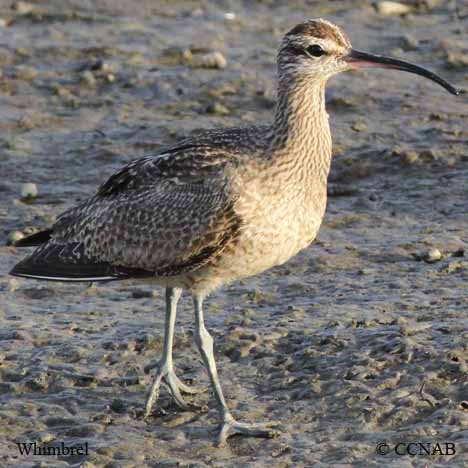 There are at least 35 types of shorebird species in Cuba not including vagrants, which are birds that are blown off course during high winds or storms, and others that just happen to drop in for a short visit. These birds vary in size, ranging from the small 6" Least Sandpiper to the 24" Long-billed Curlew, which is the largest species in the shorebird families.

These birds are found throughout Cuba and most of them can be seen along shorelines, waterways and coastlines. Some prefer saltwater and can only be seen on the sandy and rocky coastlines of the oceans and mudflats. While others may be found feeding in saltwater and freshwater, depending on the season. Still, others may only be found in pastures, such as the Upland Sandpiper.

The shorebirds are among the most difficult birds to identify. Some species are quite similar to other species and their calls are the only true way to distinguish one from the other. Most of these birds will change from a colourful plumage in their breeding season to dull greys and browns in the fall and winter months.