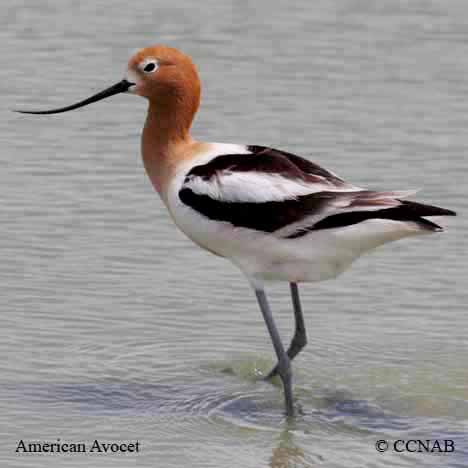 Distribution: The American Avocet is an elegant long-legged shorebird recognized by its upturned bill. It nests in the central North American plains. This shorebird can be found from the central regions of Manitoba and west to the central regions of Alberta. Northwest to the state of Washington into California, eastward to the Panhandle of Texas and north to North Dakota. It also shows up on the southeastern coast in the winter months, including in the Caribbean islands.