Lives, Habitats & Pictures of the Dowitchers 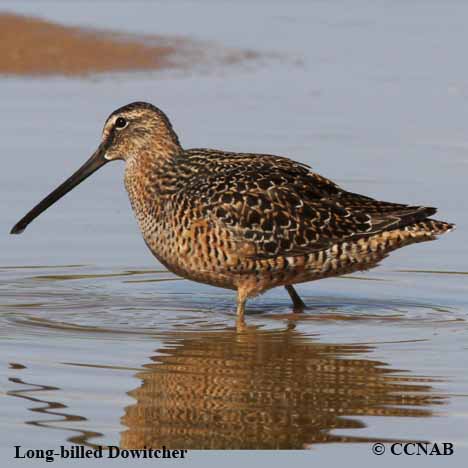 Dowitchers travel with other shorebirds in their spring and fall migrations. They are sometimes seen in large numbers with their own species and also with mixed flocks of other shorebirds. These birds are more likely to be observed traveling in their migrations than at any other time of the year. They show up on different coastlines, at the edge of the water, and on shorelines and mudflats, and in the interior of the island. They use their long bills to probe deep into the soft mud and sand searching for worms and other life forms hidden there. Most times, dowitchers are easy to approach and allow close observation as they go about their business.