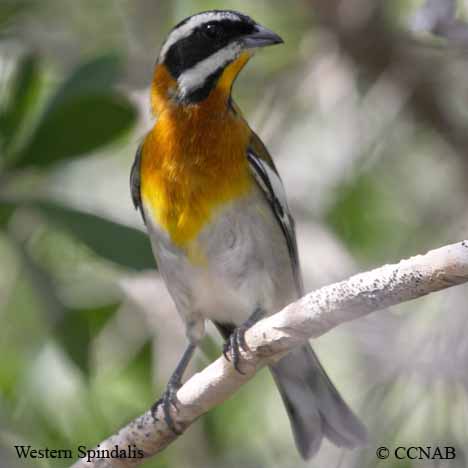 Orange birds of North America are found in many different bird groups in the same manner as other birds of different common colours. Some are found in dry open areas such as the Say's Phoebe and the Hooded Oriole, whose habitat is sparse and dry.

Others such as the Baltimore Oriole, Bullock's Oriole and the Black-headed Grosbeak, favour the mixed forests as their homes. The Varied Thrush prefers the more northern regions.

For example, the Hooded Oriole, whose bright orange plumage easily identifies it as a member of the oriole family, and its mate has a light yellow to a light yellow-orangish plumage. The reason for this is to protect the female birds while they are sitting on their nest, making them less obvious.