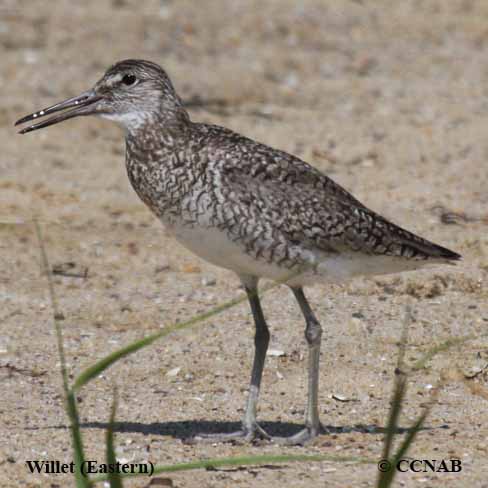 Life, Habitat & Pictures of the Willet

The Willet is a large shorebird found throughout the eastern and western regions of North America. It is seen in the Atlantic and other eastern parts of Canada. The Willet (Eastern) is a darker plumaged shorebird than the Willet (Western) sub-species. It has been reported seen in Cuba.