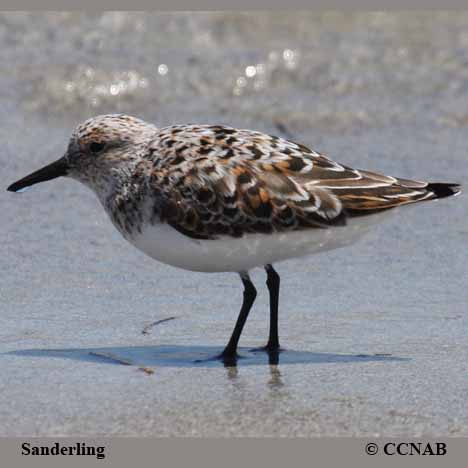 Life, Habitat & Pictures of the Sanderling

The Sanderling is a shorebird that is most often seen along the coastlines of oceans. These chunky shorebirds are often seen as they run following the waves out, and then running back to shore as the waves return. Their plumage changes from a reddish-brown in breeding season to white and black in the winter months. During the winter months these shorebirds migrate south to the warmer tropical countries. It has been seen as a migrant in Cuba.