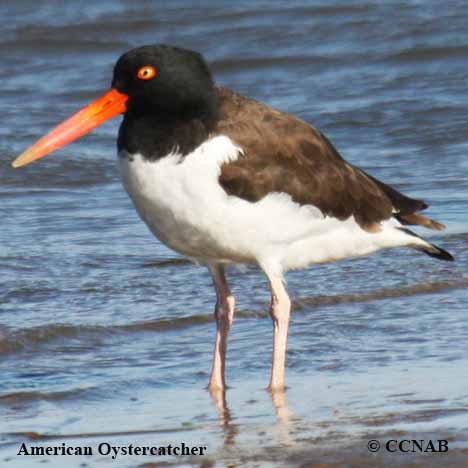 Distribution: The American Oystercatcher is a large shorebird seen mostly on the Atlantic and Mexican coastlines. This oystercatcher has a similar appearance to the European Oystercatcher, which is a rare vagrant to North America. It can be seen from the Maine coastline south to the tip of Florida. Also seen west along the Gulf of Mexico to the southern tip of Mexico and along the Pacific Mexican coastline to California. This large shorebird has been seen in Cuba.