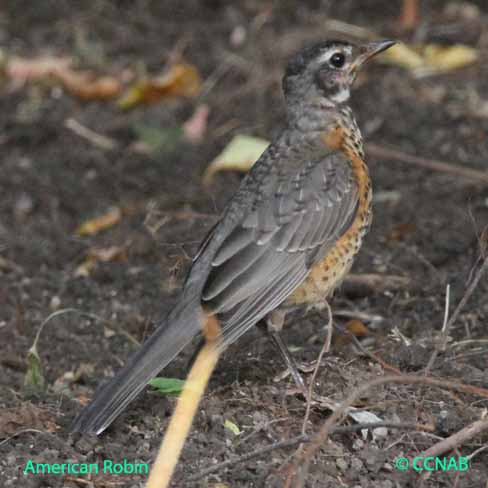 Distribution: The American Robin is a member of the North American thrush family. It has one of the earliest arrivals to their nesting territories in the spring. The robin has always been considered a harbinger of spring when it is first spotted. At one time there was a number of bird species in North America with the name robin in it, such as the Clay-coloured Robin and White-throated Robin. These two have now been named thrushes. The Rufous-backed Robin from Mexico has kept its name so far. The American Robin covers all of North America and is a bird familiar to all. This robin has been reported in Cuba.