Lives, Habitats & Pictures of the Sparrows 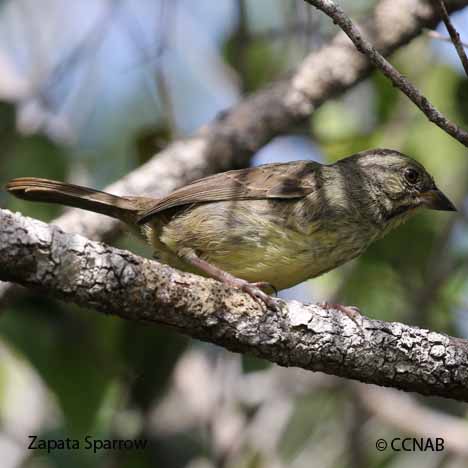 The sparrows also known as "little brown jobs", are one of the more numerous bird species in Cuba. Most times they are very hard to find but can sometimes be seen skulking in the grasses, marshes or undergrowth.

There are at least 9 types of sparrow species seen in Cuba. The Zapata Sparrow is the only one that is native to Cuba only. The others are the Chipping Sparrow, Clay-colored Sparrow, House Sparrow, Grasshopper Sparrow, Lark Sparrow, Lincoln's Sparrow, Savannah Sparrow and the White-crowned Sparrow. The House Sparrow, which is now a common bird, was first introduced to New York City Central Park around 1850 and has now spread out over all of North America and surrounding countries.

Sparrows are mostly ground feeders and their diet is based on insects and seeds. Only a few sparrow species are able to tolerate the northern winters and the rest will seek out warmer climates in the southern states and other countries.