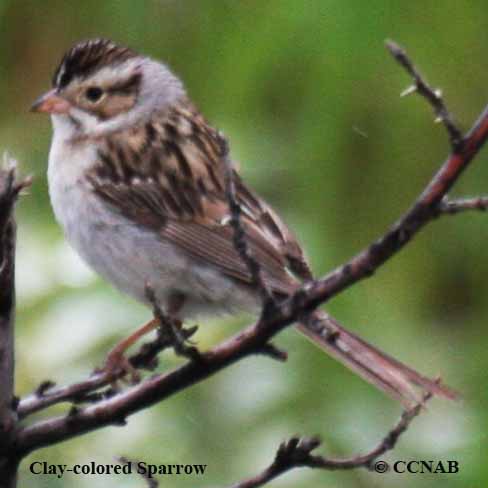 The Clay-colored Sparrow sounds like an insect with its buzzy-like songs. It can be found in bushy-type fields and it may show up at a birdfeeder in the springtime. The sparrow is seen from the east coast (small numbers), across the country through the northern US states, around the Great Lakes, and up into northern British Columbia during the summer months. Reports indicate that it spends its winters along the coastlines of the US and into southern Mexico and some Caribbean islands. It has been seen as a vagrant in Cuba.