Lives, Habitats & Pictures of the Shearwaters 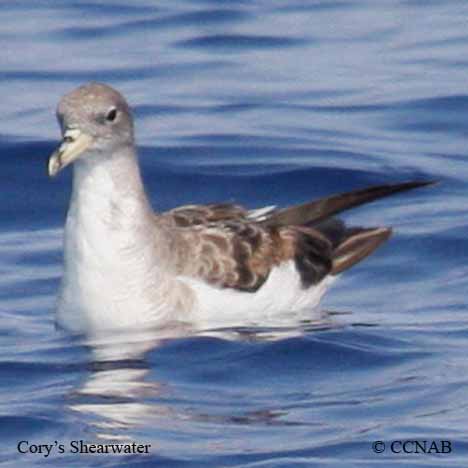 There are at least 3 types of shearwaters that have been identified in the oceans surrounding the island of Cuba. The shearwaters are members of the tubenose family, which means that the nostrils are in the form of two tubes seen on the top of their upper bill.

The shearwaters are pelagic in nature, returning to land masses to nest and raise their young or driven into the coast by high winds or storms. These birds are seen on the open ocean in large flocks, feeding on schools of fish that they have found by searching the ocean surfaces. The plumage of all shearwaters have common colours, mostly grey, black or brown backs and white undersides, except in some species such as the Sooty Shearwater, Flesh-footed Shearwater and the Short-tailed Shearwater to name a few, that have dark backs and dark undersides.