Lives, Habitats & Pictures of the Kites 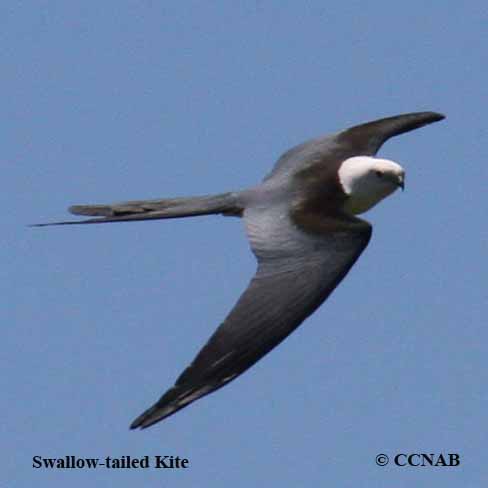 There are as many as four types of kites that have been reported seen in Cuba.

All four species are found in the southern states of the USA, Mexico, Central and South America and the Caribbean islands. These smaller-sized raptors acquire their names because of their ability to use the wind currents to their advantage, as they soar to hunt of prey.

The Swallow-tailed Kite is the largest member of the group, with the Mississippi Kite being the smallest, and it is found in the most northern range in the eastern parts of the North American continent. The Snail Kite, an endangered bird of prey in the USA, lives in a small region in the southern parts of Florida and on the Caribbean islands. Lastly, the Hook-billed Kite, the most sought after kite, is found around area waters.