Lives, Habitats & Pictures of the Bitterns 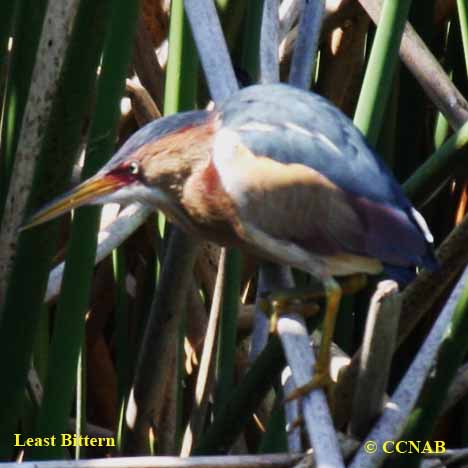 There are two types of bitterns seen in Cuba, the American Bittern and the Least Bittern. These two types of bitterns live in the marshes, along lagoons and waterways, mostly in the long grasses and cattails. With their deliberate skulking and their brown and tawny feathers, these birds become almost invisible to the naked eye. The American Bittern has a unique call, which is quite similar to the sounds that water makes in a backed-up drainpipe.

The Least Bittern is most often seen in the southeastern areas of North America. Because of its' small size, it is more likely to be heard than seen, whereas the American Bittern can be found all over the North American continent and both bitterns are seen on some of the Caribbean islands.