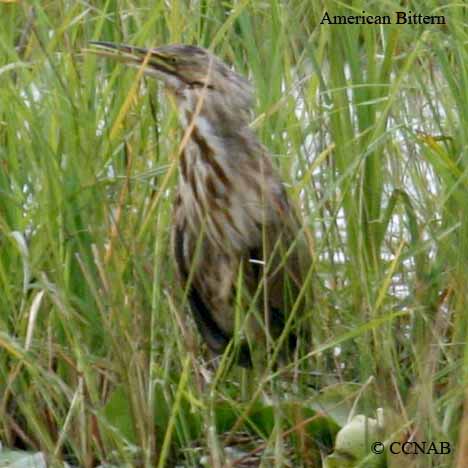 Distribution: The American Bittern is the largest member of the bittern family. This bird makes its habitat in marshes. It has an unmistakable call, sounding more like a water drain emptying than a bird call. Seen from Newfoundland and Labrador, northeastern coast of Quebec through to James Bay. Also into the southern regions of the Northwest Territories, southwest into British Columbia to the northern regions of California. As well as Nevada across the midwest to the eastern coast. The bittern spends its winters in the most southern states and Mexico. These large marsh birds have been reported seen in Cuba.