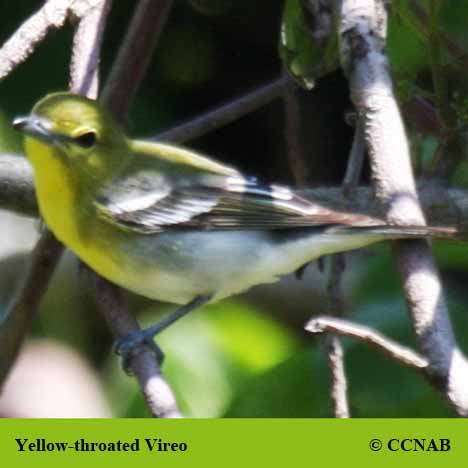 The Yellow-throated Vireo is found throughout eastern North America, from southern Quebec, west to southern Manitoba, to southern Texas, east to Florida, north to Maine. It spends its winters on the Caribbean islands and in the tropics. It arrives back on the breeding grounds in late April to early May. This vireo can be seen throughout the Caribbean islands and it has been seen as a migrant in Cuba.