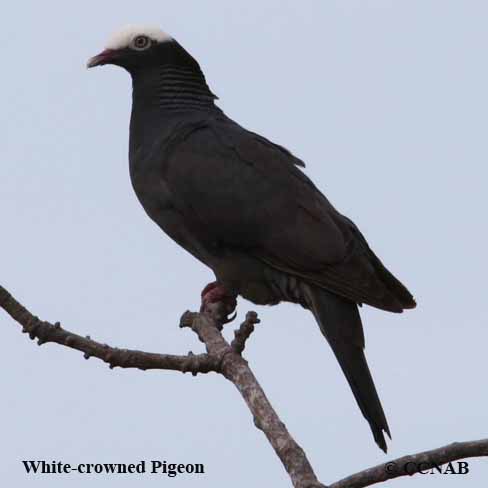 The White-crowned Pigeon is a tropical bird that prefers a warm climate. It is found in the southern areas of Florida. It is native to all the Caribbean islands, southern parts of Mexico and in Central America. Like most pigeons around towns and cities, it is not uncommon to see them along roads and highways perched on utitily lines. It has been seen as a vagrant in Cuba.