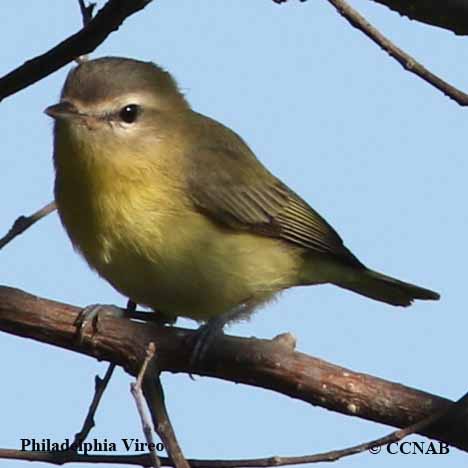 The Philadelphia Vireo is a small greenish-yellow bird which is often overlooked because of its habitat. This bird lives in the overgrowths, mostly along lakes and other forms of water sources. It breeds in the boreal regions of Canada, from the Yukon Territory to Newfoundland and Labrador. During the winter months these vireos migrate south to the warmer tropical countries. It has been seen as a migrant in Cuba.