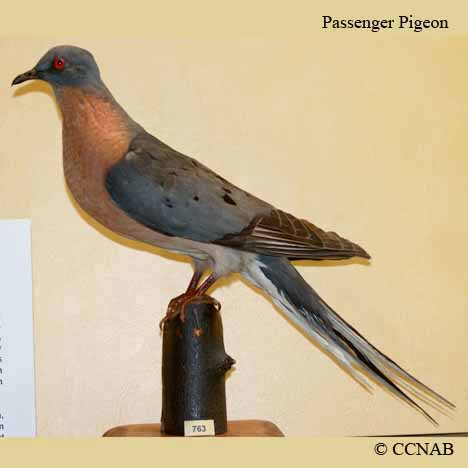 The Passenger Pigeon was once seen by the billions, some say the population was between 3 and 5 billion birds. They were the most common bird seen in North America. This pigeon became extinct at the start of the 20th century, due to the relentless killing of them. Today, the only reminders we have left of them are the mounted specimens that are on display in museums. These pigeons were reported once seen in Cuba.

Return to extinct Birds of Cuba