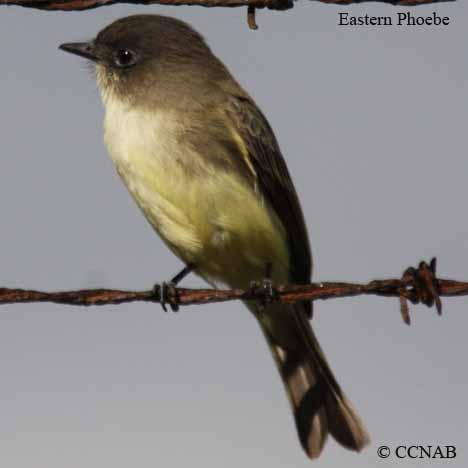 The Eastern Phoebe is a member of the North American flycatcher family. This hardy bird is one of the first bird species to arrive to the breeding ground in early spring. This phoebe is a common sight around older buildings or sheds, where it will return year after year to build its nest on an interior ledge or eave. This phoebe will migrate into the tropical countries during the winter months and it has been seen as a vagrant in Cuba.