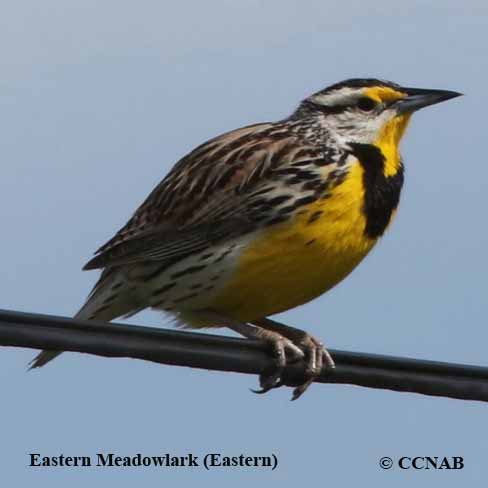 The Eastern Meadowlark (Eastern) is a race or sub-species of the Eastern Meadowlark. It can be found in most hayfields, pastures and around meadows. This medium-sized stubby bird can be seen flying over the fields with its rapid wingbeats and short gliding patterns.