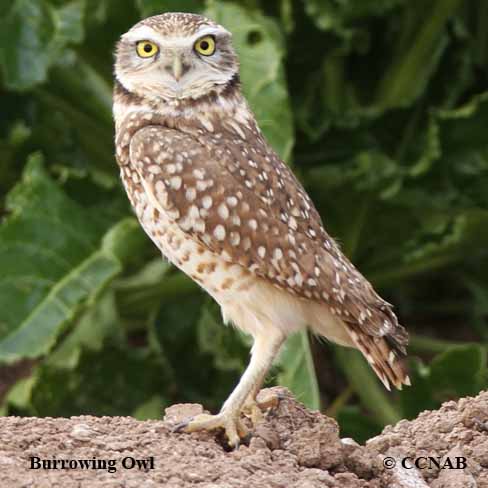 The Burrowing Owl is an endangered bird species in North America. This small bird of prey is losing its habitat due to agriculture and land developments. It is seen in small numbers on the prairies in Canada and in the central regions of the US. There is also a population of these owls in Florida. The Salton Sea area in California has one of the highest concentrations of these owls. These little owls are also being reported seen in Cuba.