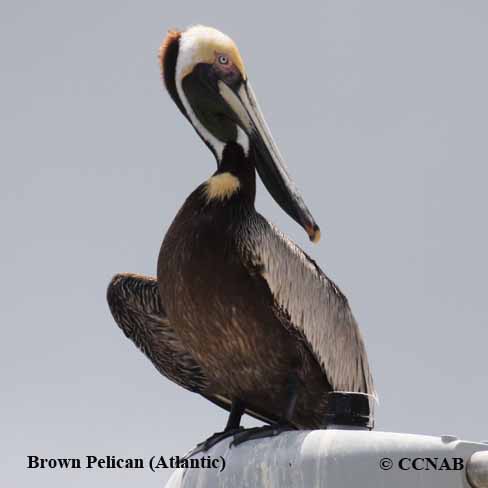 The Brown Pelican (Atlantic) is a sub-species or race of the Brown Pelican, which is seen on both the Atlantic and Pacific coasts. It is also seen throughout all the island countries in the Caribbean Sea. There is a larger population of this Atlantic race than the Pacific race, which is more of a concern. These large seabirds nest near the oceans and feed on saltwater fish. It is a native bird of Cuba.