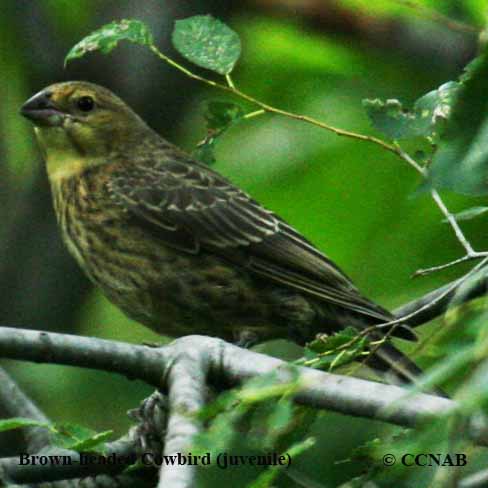 The Brown-headed Cowbird is the most numerous and widespread of the three types of cowbirds seen in North America. This bird is a brood parasite, meaning the female lays her eggs in other bird species nests, leaving the unsuspecting parents to raise the cowbird's young. This practice has led to the decline of other bird species and the need to protect them from the cowbirds. These cowbirds have been reported seen in Cuba