Lives, Habitats & Pictures of the Macaws 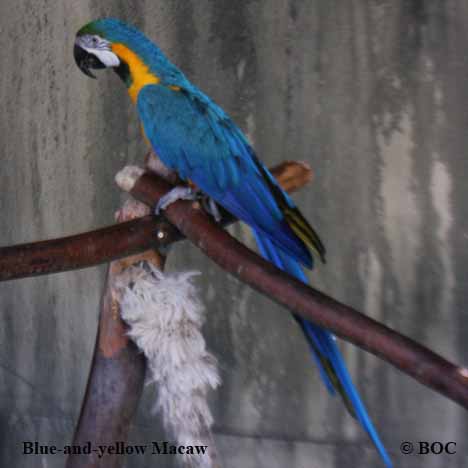 There was only one native macaw found in Cuba. This was the Cuban Macaw and it became extinct in the latter part of the 19th century, due to hunting and being captured for the purpose of trading. Today, there have been reported sightings of other macaw species in the northeastern regions of the islands. They are the Blue-and-yellow Macaw, the Red-and-green Macaw and the Scarlet Macaw. These reported sightings are no doubt escaped macaws from captivity, and not wild macaws visiting from other countries, where they are native birds.