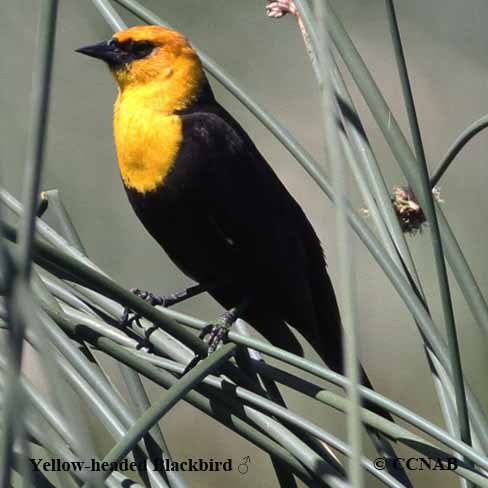 The Yellow-headed Blackbird nests in freshwater marshes in very large colonies. They are seen from the Canadian prairies throughout the central states of the US. They are occasionally seen in the eastern parts of North America, during the winter months. The fall migration takes these blackbirds into the southern states and Mexico. It has been reported as a very rare bird seen in Cuba.