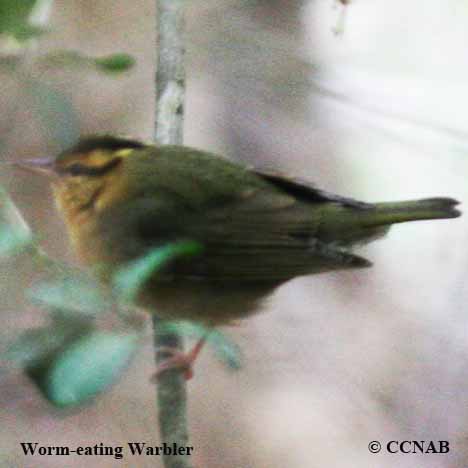 The Worm-eating Warbler is known by the very distinctive four stripes on its face and head. This shy bird spends its time skulking on the forest floor in the undergrowths of the southeastern US states. In recent years, there have been reports of these warblers being seen in southern Ontario. In the winter months they migrate mostly onto the Caribbean islands and they have been seen as a migrant in Cuba.