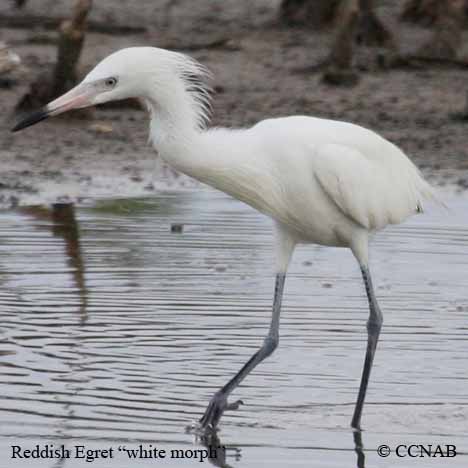 The Reddish Egret (White) is a morph of the Reddish Egret. It shares its range with the Rediish Egret and is seen mostly along the southern coastlines of United States, Mexico and the Caribbean islands. This egret prefers feeding in saltwater mudflats. It can be identified by its pinkish coloured bill with a black tip. It is a native bird of Cuba.