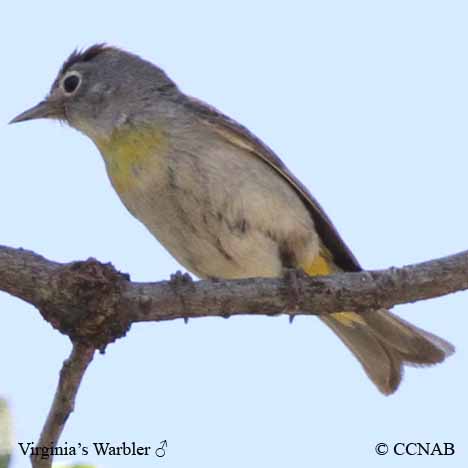 The Virginia's Warbler is found in the southeastern states of North America. This small gray and yellow warbler is seen in the mountains of Arizona, New Mexico, Colorado, Utah, Nevada and in the southeastern areas of California. It spends its winter months in southern regions of Mexico and it is seen as a migrant in Cuba.