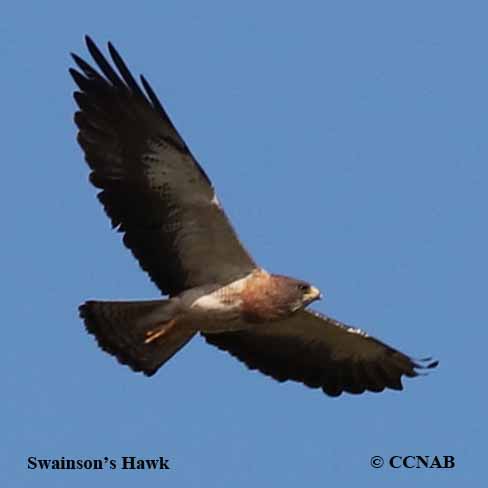 The Swainson's Hawk is commonly seen throughout the midwest prairies, from Manitoba and west to southern British Columbia, south into eastern California, east to Texas and up through the midwest states, including a small region in the northern parts of the Yukon Territory. This hawk migrates into South America in the early fall. It is seen in migration kettles (flocks), as large as a couple thousand hawks at a time. It has been seen as a migrant in Cuba.