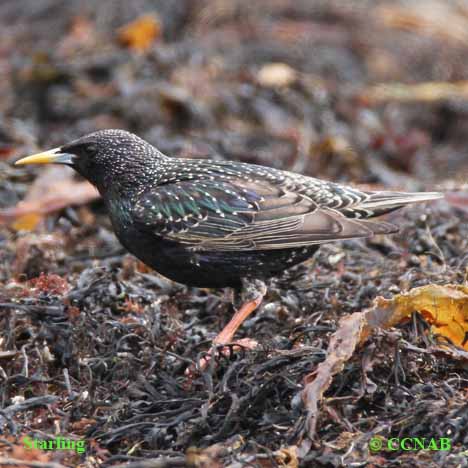 The Starling was called the European Starling, a black-coloured bird introduced into the eastern regions of North America in the 1890's. This bird can now be found throughout the continent. It has the ability to thrive in various habitats and a wide range of landscapes. Because it is a cavity nesting birds, and because of its aggressive nature, it has been able to take over many nesting sites of native birds. It has been reported as a rare bird seen in Cuba.