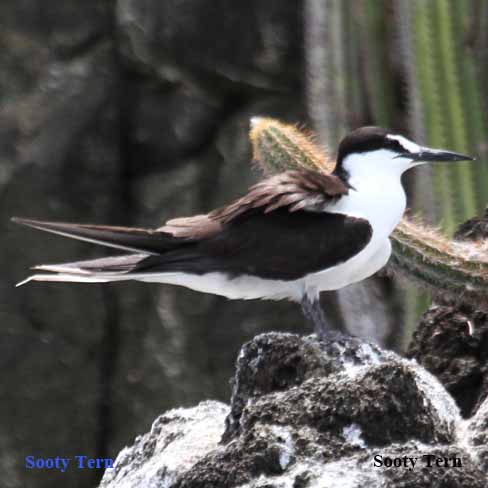 The Sooty Tern is very similar in appearance to the Bridled Tern. Both these tropical terns have similar colours. The Sooty Tern has the lighter-coloured plumage between the two terns. It is seen mostly on the open ocean, forming nesting colonies on islands in the Caribbean Sea during the breeding season. It has been seen off the waters of Cuba