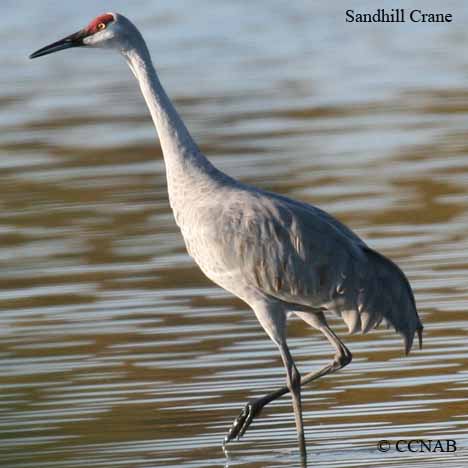 The Sandhill Crane is the smaller of the two native cranes seen in North America and the Whooping Crane is the bigger of the two. Large numbers of these birds can be seen across the continent. There are a few races or sub-species of these cranes. One group which is larger in size is known as the "Greater" and the smaller size is known as the "Lesser". There is also the Sandhill Crane seen in Florida, which does not migrate, whereas the cranes on the rest of the continent breed in the far north. These cranes have been seen in Cuba.