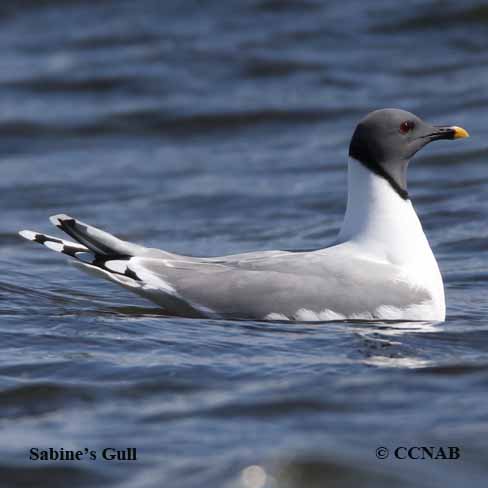 The Sabine's Gull is one of the six black-headed gulls found in North America. This hardy gull nests in the central and western regions of the North American arctic. In the winter months, this seabird can be seen in the southern oceans of the world. It has been reported seen in Cuba.