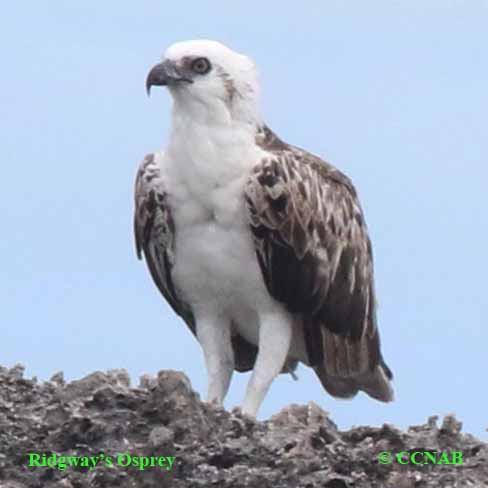 Life, Habitat and Pictures of the Ridgway's Osprey 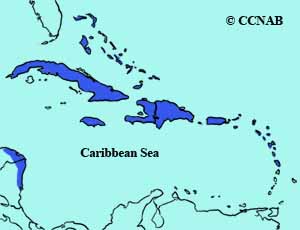 The Ridgway's Osprey is another race or sub-species of the Osprey seen on the North American continent. This Caribbean species is distinguished by its white head and breast, especially on the face. It mainly feeds on saltwater fish and is seen along the coastlines of the islands.