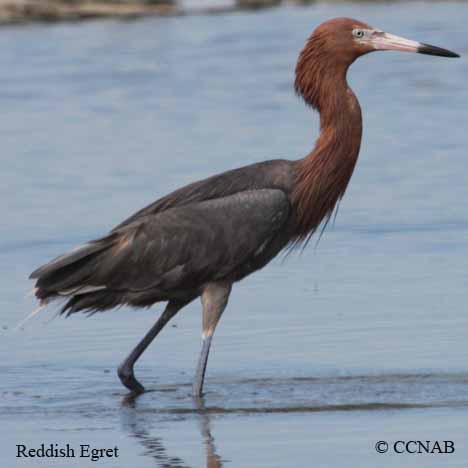 The Reddish Egret is seen mostly along the southern coastlines of United States and Mexico. This is more or less a tropical wading bird, which prefers feeding in saltwater mudflats. This egret is known for putting on displays by opening its wings and giving the appearance of dancing, when it is hunting for prey in the shallow waters. These egrets are seen throughout the Caribbean islands and is a native bird in Cuba.