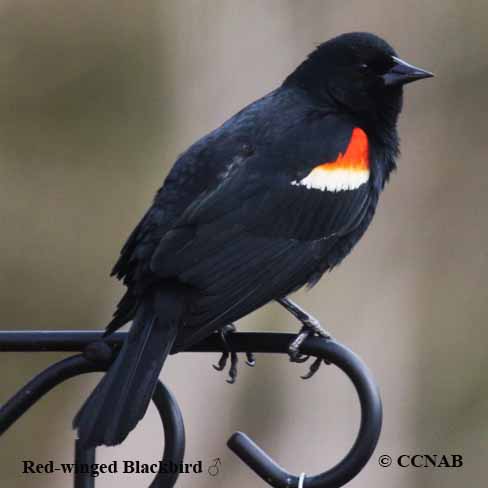 The Red-winged Blackbird is probably the most abundant bird species seen in North America. Wherever one travels in the country, there seems to be one seen in every field or marsh. In the winter months in the southern US states, streams kilometers long of these blackbirds can be seen leaving and returning to their roosting areas, morning and night.