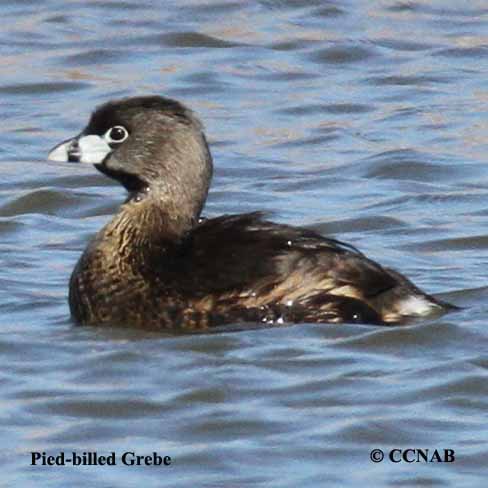 Pied-billed Grebe is the only North American grebe that does not have a long pointed bill but a rather large blunt bill. This is one of the most common grebes seen on North American continent. Its breeding plumage is different from its non-breeding plumage. This grebe is seen throughout the Caribbean islands and it has been seen as a migrant in Cuba.