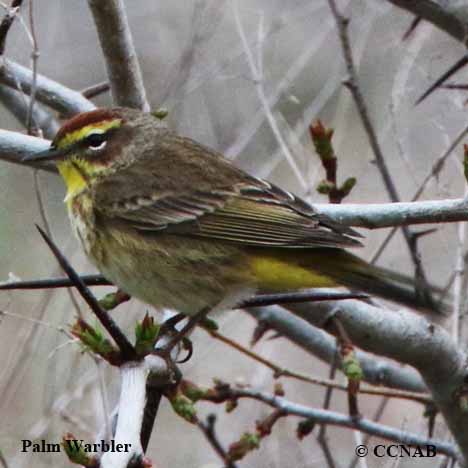 The Palm Warbler can readily be identified by its continually flicking tail. It is mostly seen along marshes and wet areas. It is usually feeding on the ground and it nests in the northern boreal forest. There are two sub-species seen in North America, the western race and the eastern race. The western race has a yellow breast, flanks, belly and rump. While the eastern race has only a yellow rump. These warblers spends their winter months in the warmer tropical countries and they have been seen as a migrant in Cuba.