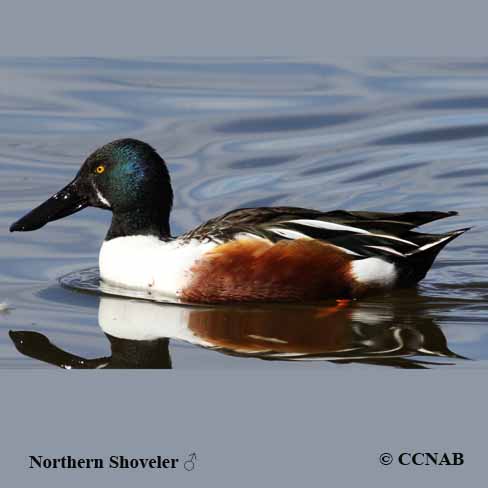 The Northern Shoveler derives its name from its very large, shovel-like bill. This large bill is even noticeable from a fair distance. This duck was once known as the Shoveler but its name was changed because of its long stays in the north, before migrating each year. It has been reported as a very rare visitor in Cuba.