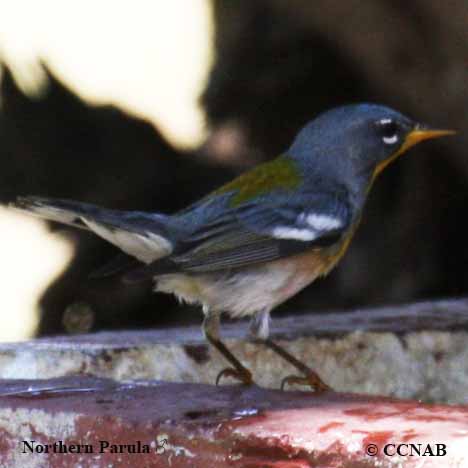 The Northern Parula is a warbler found in the forest and is among some of the most colourful birds seen in North America. The colour of its back is sky blue, with a variation of colours on its front. It is observed from the northeastern regions of Canada, southward into southern Florida. During the winter months it spends its time in the warmer tropical countries. It has been seen as a migrant in Cuba."