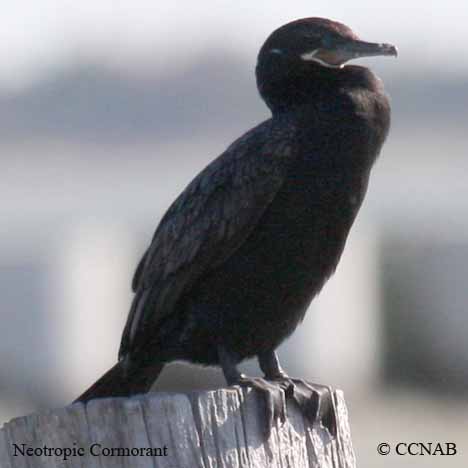 The Neotropic Cormorant lives in the most southern regions of all the cormorants seen in the North America. It is sometimes referred to as the Mexican Cormorant. It has the same similar habits as other cormorants and is seen around any bodies of water that have fish or other prey to feed on. It is seen throughout the Caribbean countries.

Return back to Cormorants