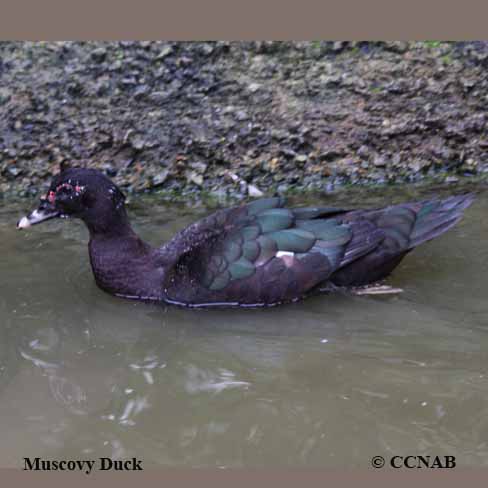 The Muscovy Duck is a native waterfowl of Central America, seen at times along the borders of Mexico and Texas. This large glossy black duck is better known and recognized by its much larger domesticated and colourful cousin seen throughout the southern states. This tropical duck is seen throughout the Caribbean islands including Cuba.