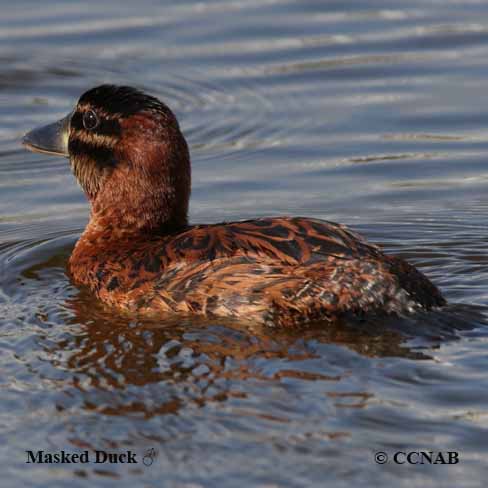 The Masked Duck is a rare vagrant from Mexico, Central America and the Caribbean islands. This small waterfowl is a member of the stiff-tailed ducks. The Ruddy Duck seen in North America also belongs to this same group. The Masked Duck has been seen in the most southern US states. It has also been reported seen in Cuba.