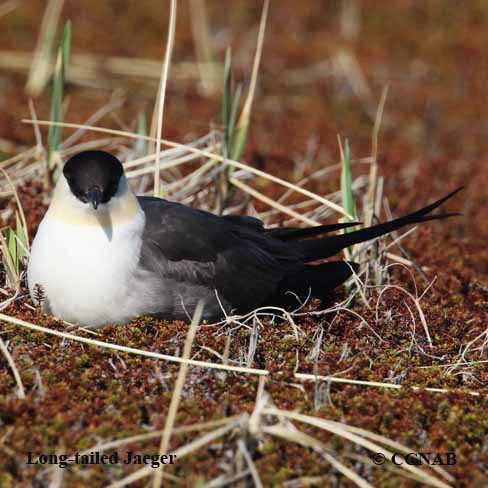 The Long-tailed Jaeger is the smallest member of the jaeger family seen in North America. These jaegers may prey on fish, smaller birds and mammals. In spring they will migrate up into the northern tundras and on to the arctic islands, where they will nest and rear their young. The Long-tailed Jaeger has very rarely been seen in Cuba.