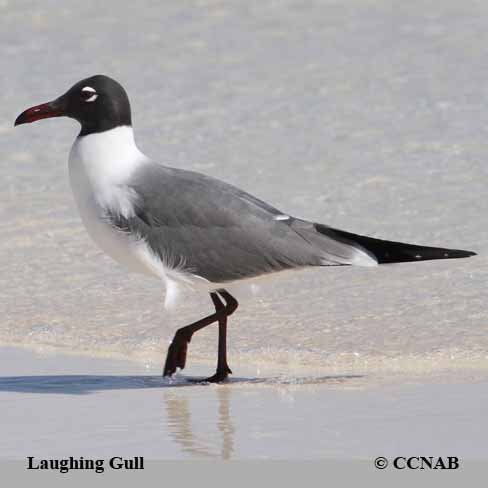 The Laughing Gull is the largest member of the black-headed gulls seen in North America. This gull lives on the southeastern and southwestern coast of the North American continent. It is very similar to the Franklin's Gull, which is seen in the mid-western prairies. Attention is needed in examining the individual primary flight feathers between the two gull species for proper identification. These gulls are seen throughout the Caribbean islands and it is a native bird of Cuba.