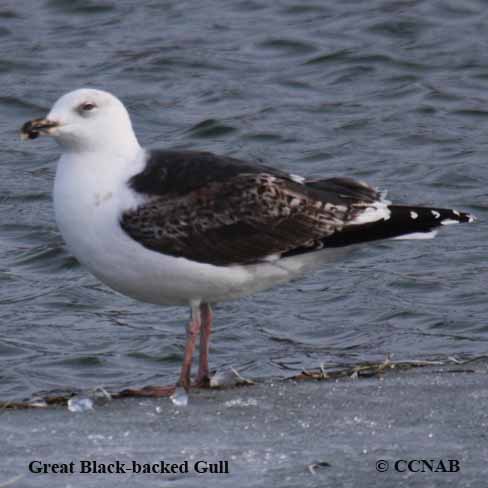 The Great Black-backed Gull is the largest member of the gulls seen in North America. This very hardy gull can be recognized by its very dark mantle. It is seen from the central regions of the North American continent to the Atlantic coast. It is not uncommon for it to be seen in the winter months near open water surrounded by ice. These large gulls are seen on the islands in the Caribbean Sea and it has been seen as a vagrant in Cuba.