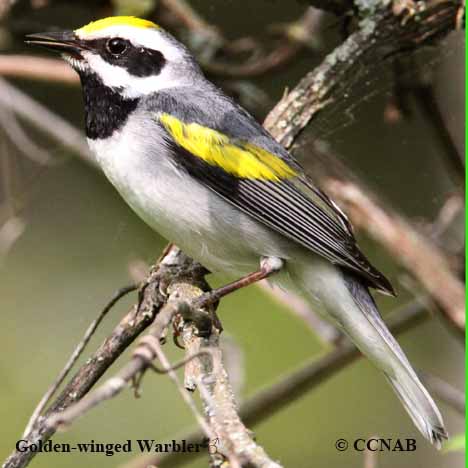 The Golden-winged Warbler is found from the southern borders of Quebec, north of Lake Huron, south of Lake Superior, west to central Manitoba, south through Ontario, through the eastern states as far as to the northern border of Georgia. This warbler migrates south to the tropical countries during the winter months. It has been a migrant in Cuba.