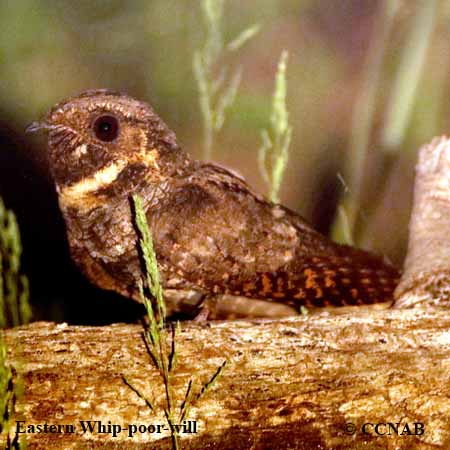 The Eastern Whip-poor-will was once heard throughout the edges of most forests in eastern North America. Unfortunately, the spraying of forests in the 1980's and 90's just about wiped out all of the existing population. Today, this nightjar is being heard in some of the areas it was once heard in the past. But, it is no where as abundant as it was 30 to 40 years ago. It has been reported as a rare visitor in Cuba.