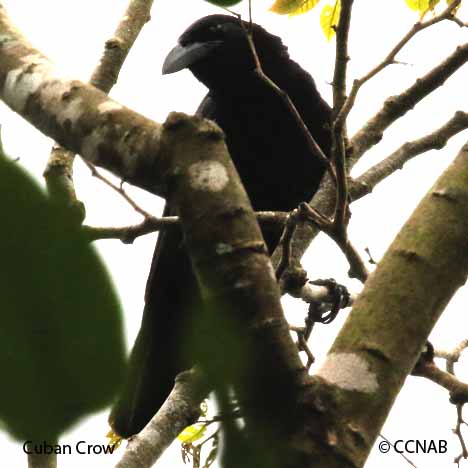 The Cuban Crow is seen mostly on the island of Cuba, with reports of it being seen on the Turks and Caicos Islands. This crow behaves very similarly to the North American crows, where they are found mostly in agriculture zones, feeding in small flocks in the open fields.