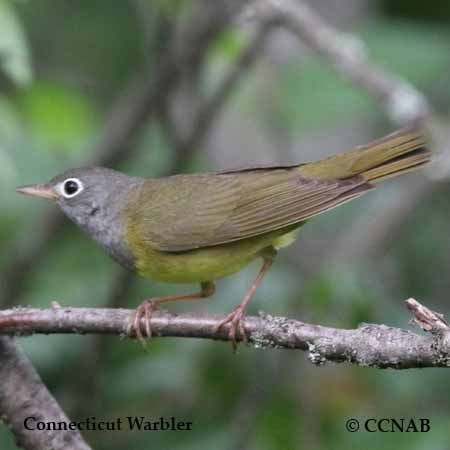 Seen in Manitoba, thanks to Christian Artuso

Life, Habitat and Pictures of the Connecticut Warbler

The Connecticut Warbler is found from the central regions of Quebec, as far north as James Bay, west through the central portions of the prairies and into northern British Columbia, just south of the western Great Lakes. It migrates in the fall through the Atlantic coastal states and spends its winters in central parts of South America. It has been a migrant in Cuba.